Case study: Method development for the amino acid analysis of a complex material. 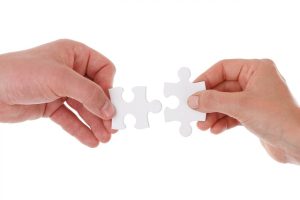 Our longstanding experience of almost 50 years providing analytical services across the globe for the life science, food technology and cosmetics sectors has made us an industry leader in amino acid analysis and your preferred choice when requiring accurate, reliable and fast analyses from an independent accredited laboratory. Our established methods suit all sample types, from food and feed samples, purified proteins and peptides, cell culture media, and physiological samples to more complex materials. Over the years, our customers have come to trust us for our technical expertise, great customer service and our easy access to our scientists for technical support and close collaboration, particularly when method development was required.

For these reasons, AltaBioscience was recently contacted by a large global manufacturer to develop and validate a method for the amino acid analysis of a complex proprietary material containing peptide molecules, an analysis required as part of the company’s manufacturing quality control purposes. Our extensive experience in dealing with challenging samples and our flexibility in providing custom-tailored solutions for developing new methods resulted in the successful completion of the project and the development and validation of a bespoke method suitable for the customer’s needs. This case study highlights the work performed by our scientists to overcome the challenges in the development of this adapted amino acid analysis method.

Amino acid analysis was required for a complex material containing peptides. Initial results showed within-range values for most amino acids, which was promising, but much lower values were obtained for certain amino acids. This challenged the team at AltaBioscience to discover which step(s) in the original method could lead to such discrepancies compared with theoretical values and what could be done to adapt the method and improve the results.

The first step in the amino acid analysis of material containing peptides starts with the hydrolysis of the proteinogenic material to its constituent amino acids. The sample is treated with hydrochloric acid and degassed to remove oxygen before being flame sealed under vacuo. It is then subjected to high temperatures (110oC) for 24 hours. The glass tube is then opened, and the hydrolysate is subsequently dried down under vacuum. The sample is then passed through a cation exchange chromatography column to separate individual amino acids. Finally, each amino acid is coupled with ninhydrin, allowing for photometric detection and quantification. This is the most robust amino acid analysis method, a post-detection method that accurately measures individual amino acids and prevents false high readings from non-proteinogenic nitrogen compounds.

After further investigation, it was found that the critical step that negatively impacted the results was the drying step. In general, other non-proteinogenic components do not interfere with the amino acids produced during the hydrolysis step. However, it was thought that in this specific case, the matrix containing the peptides was unstable under acidic conditions and could release some compounds which could react with amino acids in the presence of air once the glass tube was opened. Developing a method to process the hydrolysate as quickly as possible under milder conditions was investigated to reduce the exposure of amino acid with these compounds.

Decreasing the time required to dry the sample

The method needed to be adapted to dramatically reduce the drying time and prevent the degradation of the sample from happening. The key to achieving this was in the amount of sample used. Hydrolysis of the sample only requires a small amount of material. However, to reduce the time to dry the sample, the concentration of the sample was increased (a larger amount in the same volume of acid as per standard method), but only a small aliquot of the hydrolysate would then be taken (instead of the full amount) to be dried down for subsequent purification and quantification of the amino acids. Analysing a smaller volume of a highly concentrated hydrolysate would ensure that the amount of the various amino acids quantified would still fall within the correct detection range of the apparatus, but more importantly, it would also reduce the drying time from about four hours to just ten minutes hence preventing the decomposition of some amino acids greatly.

However, since acid evaporation occurred during the degassing of the sample resulting in an unknown volume, it was essential to normalise the sample by spiking it with norleucine, an amino acid used as internal standard, before sealing the hydrolysis tube. This would allow knowing accurately what proportion of the original volume of hydrolysate the tested aliquot actually represented.

Reducing the decomposition rate of the amino acids

It was also observed that the higher the temperature of the water bath used during the drying stage, the more important the degradation of specific amino acids occurred. After further analyses, it was found that decreasing the temperature from 70oC to 45oC was optimum. The drying step was quick enough but occurred under less harsh conditions hence preventing the sample from decomposing further.

Going a step further: Improving the efficiency of the method

Changing the method to minimise the exposure of the amino acids with the degrading compounds was, therefore, the key to drastically improving their recovery. However, the team was keen to improve the process even further and investigated a change in the buffer system to speed up the analysis. Amino acid analysis requires using an ion exchange chromatography column to separate the amino acids. Amino acids bear different side chain groups that change their ionic properties and, therefore, their interaction with the resin. To displace the amino acids, a set of eluting buffers with increasing pH and with increasing temperature of the column are required.

Initially, the samples were run on a sodium buffer system, but the team wrote a new program for their lithium buffer system. By doing so, they were able to reduce the running time of the samples by half without impacting the resolution of the peaks, therefore improving the efficiency of the newly developed method.

An effective and successful collaboration

“The complexity of the project stemmed from the non-proteinogenic material in the sample that interacted at some point during the analysis with the amino acids. Once we could determine the causes of the issues, we developed a custom-tailored method suitable for this sample”.

This resulted in a method that consistently gave reliable and accurate data that the company could always rely upon for the amino acid analysis of their products.

AltaBioscience is accredited to ISO/IEC 17025:2017 by UKAS, the National Accreditation Body for the United Kingdom, for its demonstrated expertise, technical ability and commitment to quality in both amino acid analysis and N-terminal protein sequencing.

Happy holidays from everyone at AltaBioscience Influenza virus peptides